You hear bubbling from active aquariums throughout the Latimore’s home. Eric brought one goldfish home from the state fair when he was a child. Now, he maintains five tanks of fresh, saltwater, and brackish fish varieties. Oh, and a turtle named Turtle, too. He finds the hobby peaceful. Felissa, his wife, also loves nature. She keeps a garden and houseplants. You’ll find her outside in the yard spending time with her grandkids or doing home projects. She’s currently learning about sheetrock.

While the Latimores enjoyed the sound of bubbling water in the aquariums, the sound of water coming through the roof dripping onto the floor was not welcome.

“When it would rain, it was a sign of the world ending for us.” Roof patching by a previous owner rotted away to cause water damage and leaking throughout the home. The plywood in the roof was so thin you could stick a finger through it. Any rain outside would soon come inside the house and down the walls. They set out buckets to collect the water, but it wasn’t a permanent solution.

The roof wasn’t the only repair needed. The HVAC system worked poorly and none of the windows were energy efficient. Eric stuffed balled up newspapers in the cracks of the windows to insulate the home as much as possible in cold and hot months.

The weather outside was the weather inside. It rained outside and water was coming in. If it was cold outside, the windows were letting that cold air in. Those weren’t the only unwelcome intrusions.

The broken HVAC system was leaking carbon monoxide. Eric remembers the realization when an inspector told him. “Over time, it could have put everybody asleep permanently.” They immediately stopped using the system and reverted to electric heaters throughout the home, which caused their energy bill to skyrocket. Eric and Felissa needed relief.

Eric learned about Rebuild Upstate when he passed through a neighborhood on his work route. Volunteers were outside completing repairs. He saw the yard sign. He and Felissa soon submitted an application for assistance. And then, they waited.

Repairs began in spring of 2021. Rebuild Upstate used funding from the City of Greenville and Greenville Housing Fund to replace the roof, windows, and HVAC system at the Latimore’s home within a matter of weeks. Volunteers from Grace and Peace Presbyterian Church replaced 10 windows during a single morning shift ensuring the home was airtight as soon as possible.

Eric and Felissa could see and feel the impact of the repairs immediately. There are no more buckets in the living room. Energy costs are lower. The view of their front yard is visible through newly replaced bay windows. The aquarium bubbles are the only water sounds you can hear inside.

For both Eric and Felissa, the closing on their home 17 years ago was the best day of their lives. Eric remembers thinking, “I can actually say: This is something I can own one day. It will be mine. I can pass it down through the family.” Eric looks forward to retirement.

Rebuild Upstate preserves generational wealth for families in Greenville, Anderson, Pickens, and Oconee counties. We can’t carry out our program without financial resources. We invite you to talk to us about the ways you’d like to impact generational wealth and equity in our community through a donation today. Give now or schedule a meeting with Rosey. 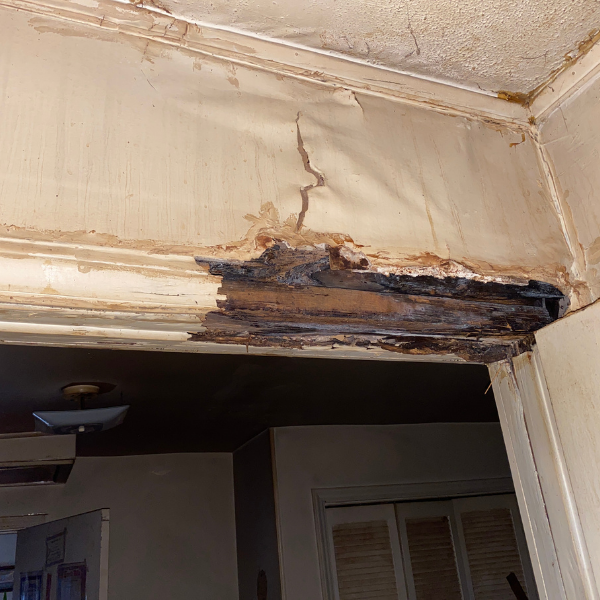 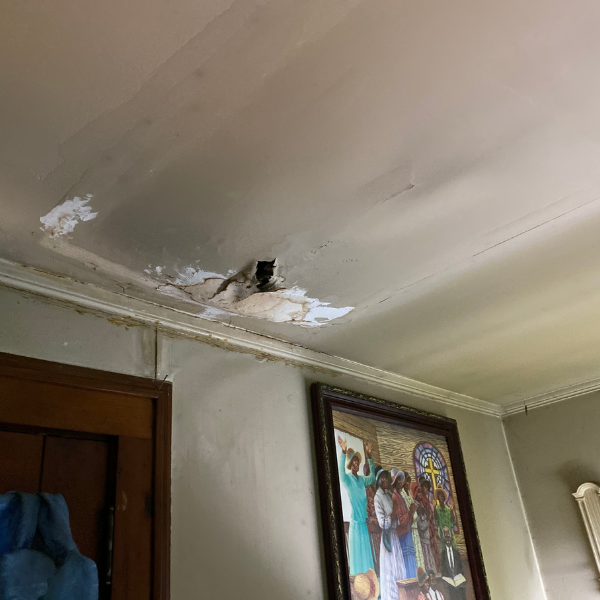 You can see bubbling in the sheetrock in addition to a hole. 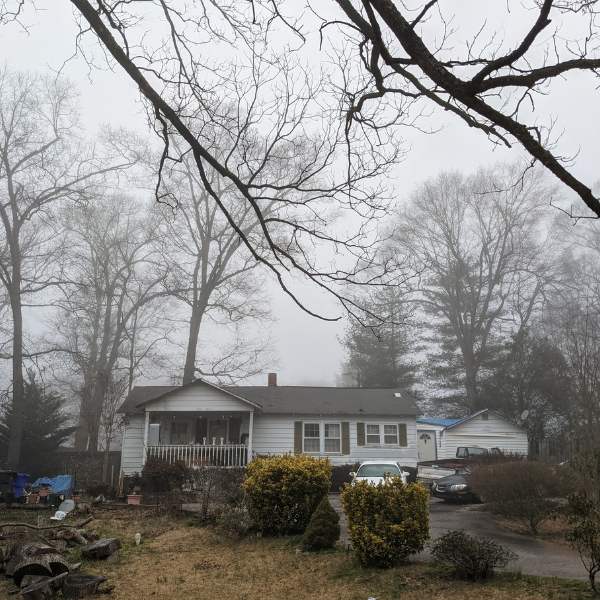 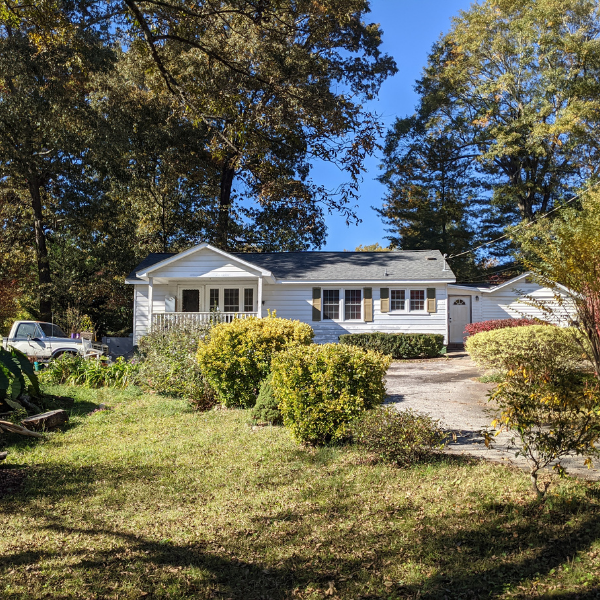 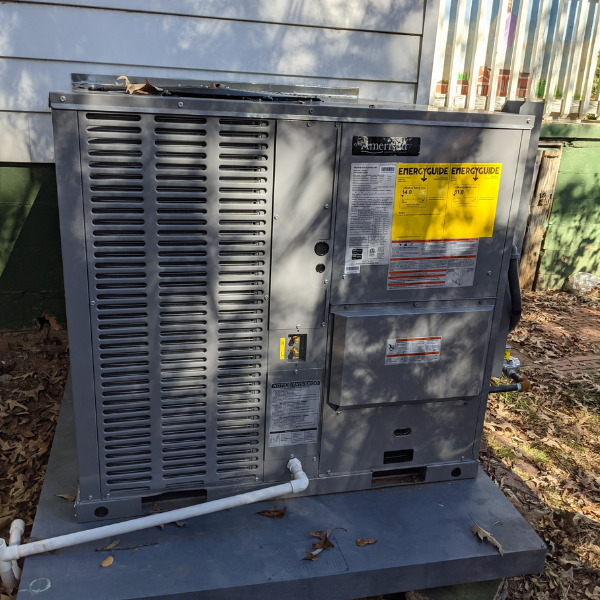 No more leaking carbon monoxide thanks to a new unit. 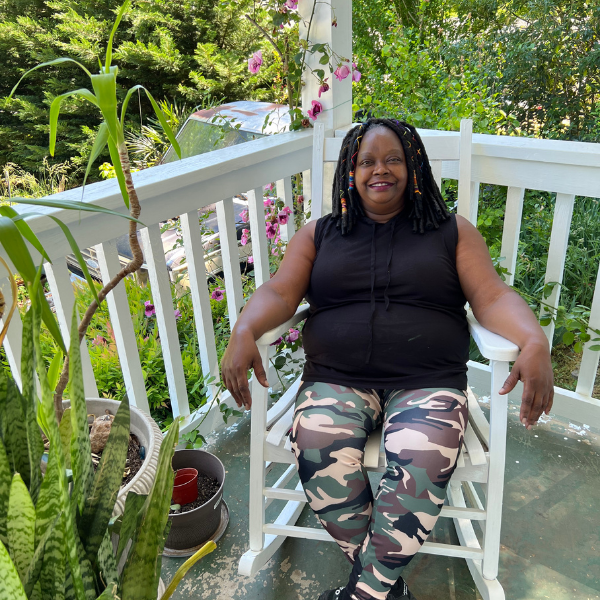 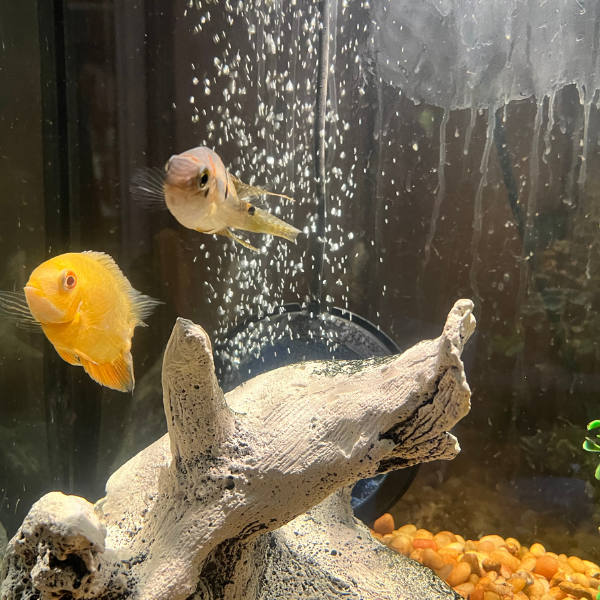 You think we weren't going to show you the fish?! 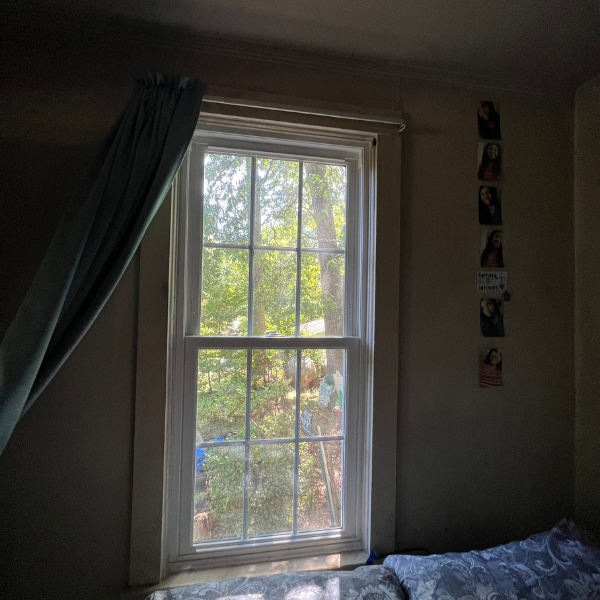 New windows from the interior.